Really good read posted by Carlos Baena. He offer's his perspective, tips and suggestions on creating a good looking demo reel that could land someone a nice job!

"Pixar is currently hiring animators and looking at Interns as well. I've looked at a bunch of student and industry demo reels this last month, and spoke with recruiters and supervisors regarding the subject as to what should be submitted/how/etc. So I thought it might be appropiate to pass something I wrote a while back along one more time. It's important to be mindful of company recruiters. To treat them with respect as they devote many long hours overseeing student work. So these are a few tips on things to think about when creating a demo reel.
1) Do NOT try to make a one-size fits all demo reel. This works in small companies, but for the main studios it may hurt your chances more than anything else. Make your demo reel specific to the position and studio for which you are applying. If you're applying as an animator to a big animation studio where departments are very specialized, then everything on the reel should say only "animation." It should not say "texturing" or "lighting" or "modeling."
2) You should NOT include everything you've worked on throughout the years. Keep it short. If you've been working in the industry for, let's say, 10 or 20 years, and you include every single shot you've animated, your demo reel will not be a reel anymore, it'll be a feature film that recruiters/supervisors will have to sit through. So keep the reel under a minute or two, even if that means not using all of it. Chances are that people, who are reviewing your reel, are looking at another hundred, as well. So, the easier you can make it for them, the better. You don't want to bore them. Instead, they should see your strongest work (even if it's only 30 seconds). Leave them wanting to see more.
3) Make the reel original on the inside, NOT on the outside. Human resources, along with actual animators, will be looking at your reel, and they don't care about how fancy the outside package looks or what you include along with the reel and resume. From key chains to toys, I've seen people include all kinds of things with their reels that do not relate to their animation skills. Put all of your originality into the actual animation content. Make it fun and original for people to watch, but don't overdo it.
4) Do NOT include stuff that is too distracting, whether it's music or fancy titles. If you have a reel with a dialogue animation test, and the music is too loud for people to hear the line the character is saying, or you have this mega-loud techno music going on throughout the whole thing, it will conflict with the purpose of the reel, which is to show your animation skills as clearly and simply as you can. Everything else should be secondary.
5) Do NOT include stuff that other people have animated. Be very clear and honest about what you have done. The industry is very small, people go from company to company and they are very familiar with other people's work. Always include a credit list of the shots on the reel and what you animated for them. In the event that a shot is actually shared by two or more animators, you should clarify the work that you did.
6) Bring your own personality to the reel. Ultimately many people can learn the techniques. What's interesting to see and what recruiters look for, is also the personality, the actor behind the reel. Don't include things/tests/shots that are basically based on what other people have animated. We don't want to see a "Pixar" reel. Instead, we are looking for the talented actor that can help Pixar (or any studio for that matter) make our movies more distinctive.
7) Find out what to submit and how. In the case of Pixar, go through the site and find out exactly what they need from you before you apply. This applies to any studio. Chances are, they may need you to submit a form before you send anything in some cases, or they may ask you to send your portfolio in a particular way or format.
8) Label your Disc/Case. In talking to one of our main recruiters, this seems to be an issue. If they like your work, but the contact information is only on the resume, and this gets lost in the pile of other reels, there is no way they'll be able to contact you. So label everything. Put at least name, phone number and email address on the case and disc. Even if it's with a sharpie.
You can also label it at the beginning/end of the actual content.
9) Be respectful with the people looking at your work. It doesn't help you and your case if as soon as the Studio gets your reel, you call/email the recruiters/animators a dozen times a day. Be considerate with their time, and most important, treat them with respect. They are here to help you and their job is not easy as they have hundreds of reels to go through. So keep it in mind if you send a reel, and you don't hear from them inmediately.
I hope this helps.
Carlos.

An open letter to IT Management "Anonymous Developer's Blog"

Here is a really interesting letter written by an IT Developer to his / her superiors. A solid letter that breakthroughs any kind of reinforced studio hierarchy! A neat piece of letter writing craftsmanship which is so true :)


"Dear Sir or Madam,
It seems that you have forgotten a something so I want to take a moment of your time to remind you. I, your developer, am a human being. I have a life that is not defined by my job and I have loved ones around me that want to interact with me in real life, not just in instant messenger screens.
I am truly sorry that company revenues are down because of the economic crisis, however, from my vantage point, the company’s performance, in good times or bad, is your responsibility. You would not accept “I did not foresee the consequences of that code” as an acceptable excuse for failure, so I don’t see why I should have to see “We didn’t see this coming” as one.
Instead of taking the responsibility for the financial problems the company is now facing, I see you implement “cost cutting measures”. Most of these measures seem to be simply removing the benefits of my job that help me justify showing up each day. In the worst cases, I see you laying off my friends – other developers – or asking me to take a salary cut. It seems that you feel that words of encouragement after doing these things should be laced with such phrases as “work harder”, “burn the midnight oil” and “all pull together”. To me, this means you want me to work longer hours, for no additional benefits, for a company that you own or own stock in. As I see it, I am putting in all the work but you are reaping all the reward.
So here is my request to you. I will work harder for no additional pay or even less pay to help your company survive if you agree to the following.
I really think you have lost sight of this one very important fact. Nobody hires us because we have a kick-ass management team, they hire us because we write kick-ass code. When you can do that, you are as valuable the company as I am. Until then, I, your developer, am the most valuable person in your company and it’s time you woke up and fetched the coffee.

Email ThisBlogThis!Share to TwitterShare to FacebookShare to Pinterest
Labels: OFF Topic 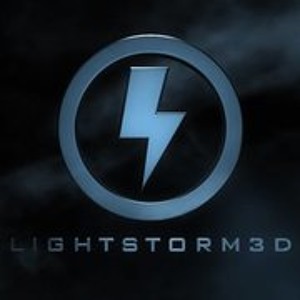 Some of the Core Library for L3Deformer is now available at the LightStorm3D official webpage. This includes different nodes, scripts, etc which can be used in a wide ranges of custom tools creation or. build
You can now download this library for free. Try building your own tools based on nodes, classes and functions from this library :)

Email ThisBlogThis!Share to TwitterShare to FacebookShare to Pinterest
Labels: Tools

It's been a little while since I have seen a nice TD reel. Enjoyed this reel by Mario Aquaro :)
Posted by Suchan Raj Bajracharya at 7:35 PM

Yet another really neat job done with Sinka! I specially liked the Cartoony appeal that the animator have showcased "Pushing the boundaries of the rig to it's breaking point".
Posted by Suchan Raj Bajracharya at 10:19 PM

Here is a little something that I have managed to mentor at The pupPetEEr's Lounge "My Online Rigging Workshop". Everything shown in this demo are all done by my wonderful students!
Posted by Suchan Raj Bajracharya at 3:31 AM

Email ThisBlogThis!Share to TwitterShare to FacebookShare to Pinterest
Labels: My Demos, pupPetEEr Lounge

Realtime rendering software package Mach Studio Pro 2 is now freely available for download from Studio GPU's company website. Seems like it's time for me to take a little sneak peek and try it out myself :)
Posted by Suchan Raj Bajracharya at 4:52 AM

This is cute :)
Posted by Suchan Raj Bajracharya at 8:08 PM

THOR in the modern world, that is how the directory of this movie depicts the primary storyline. Some really cool and amazing artistic works done in this movie with some exclusive CG environments, characters and effects. Here is the CGSociety production coverage!
Posted by Suchan Raj Bajracharya at 7:40 AM

Great read! Really interesting and informative post by Jason on QUALITY VS QUANTITY in the ever growing animation industry. During production, often time these two words are shuffled around. Survival of the fittest in conjunction with the Art of Equilibrium, I Say! Looking forward for his next post :)

Email ThisBlogThis!Share to TwitterShare to FacebookShare to Pinterest
Labels: Animation

Really beautiful presentation of emotion and artistry! I would like to call it an animated poetry :)
Posted by Suchan Raj Bajracharya at 7:39 PM

Email ThisBlogThis!Share to TwitterShare to FacebookShare to Pinterest
Labels: Shorts

Here comes a great post on posing, staging, line of action and silhouette! Enjoy :)
Click Here for the link!
Posted by Suchan Raj Bajracharya at 6:51 PM

Burger Zombieland! This is insanely Epic ... Awesome ... WoW
Posted by Suchan Raj Bajracharya at 12:59 AM

Email ThisBlogThis!Share to TwitterShare to FacebookShare to Pinterest
Labels: Shorts

This is what I have manged to model for my mechanical rigging workshop. Well, it was fun modelling this Mech! Started off from the piston until my creativity blossomed into a Bipedal Killing Machine that I call "The HongBOT". Stay tuned folks, this Bad Boy is coming to life soOn ;)

Posted by Suchan Raj Bajracharya at 5:03 AM

Puppeteer Lounge | Promote Your Page Too